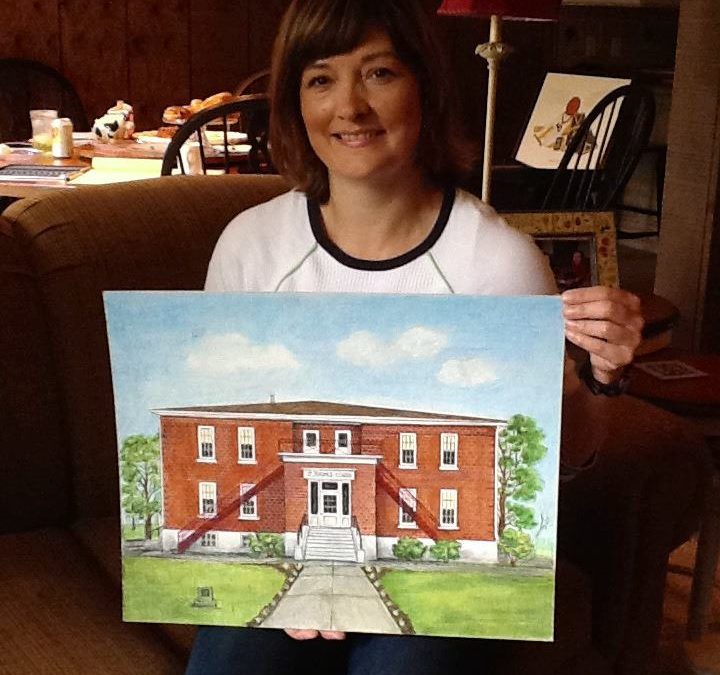 February 18 fund-raising efforts were discussed at all the weekend Masses and a brochure was
developed.
A Facebook page for St. Jerome School 1909 was created on February 24th (currently over 600 people are members of this group) and a fund-raising campaign was launched to raise $150,000 by October 31, 2012.

Gayla Elliott, local artist, completed the painting of St. Jerome School called “Our Heritage”, from which prints were made and given to those who donated $1,000 to the fund-raising campaign.